A fidler afn dakh: Fiddler on the Roof in Yiddish

When Steven Skybell stepped out on the stage of the Museum of Jewish Heritage in New York on July 4, and proclaimed, “a fidler afn dakh, arop fun zinen, ha?” (A fiddler on the roof—sounds crazy, no?”), he initiated the first, full professional production of Fiddler on the Roof in Yiddish on this continent. But, of course, it was not the first time Tevye uttered his lines in Yiddish on an American stage. Before he spoke in English, first on radio (on the program “The Eternal Light,” 1945), then in a play (Arnold Perl’s Tevya and His Daughters, 1957), and then, in 1964, even sang (1964), the iconic dairyman had trod the Yiddish-American boards for several decades.

Little surprise that the play Tevye der milkhiker, first staged by the great actor-manager Maurice Schwartz in 1919 and long sustained in his repertoire both in New York and on global tour, bears little resemblance to the mid-century American musical, though both draw from Sholem Aleichem’s masterful Tevye stories, written over two decades, beginning in 1894. (It’s possible, though, that Fiddler’s original director-choreographer, Jerome Robbins, applied a few pointers he gleaned from Schwartz; in 1937, Robbins made his stage debut at age 18 at Schwartz’s Yiddish Art Theatre as a supernumerary in a stage version of I.J. Singer’s Di brider ashkenazi (The Brothers Ashkenazi), which included a lavish wedding scene.) Just like the creators of every musical, from Showboat to Hamilton, that’s based on existing source material, Fiddler’s authors made significant changes when transforming Sholem Aleichem’s stories into a Broadway show.

The surprise, rather, is that the Yiddish stage version differs even more radically from the original short stories than the musical does—even though its adaptor was Sholem Aleichem himself (with some later tweaking by his son-in-law, Y.D. Berkowitz). And more: writing the play inspired Sholem Aleichem to go back to what seemed like the finished cycle of stories that he had published in a single volume in 1911, and write one more.

Just as the volume of Tevye stories was coming out, a Ukrainian boy was killed in Kiev and soon, authorities invoked the notorious blood libel to charge a factory clerk, Menachem Mendel Beilis, with ritual murder. Sholem Aleichem was riveted—and revolted—by the case, which wended its way to trial in 1913. As Sholem Aleichem brooded over Beilis’s plight, his thoughts turned back to Tevye. The author had left his popular hero heading to the Land of Israel in what was meant to have been the final Tevye story, written in 1909. But now Sholem Aleichem needed his Yiddish Everyman to respond to the geyser of antisemitism that was erupting from the Russian empire’s foul groundwater. First, Sholem Aleichem wrote two screenplays, employing the innovations of cinema—showing Tevye’s fantasies in a script based on the early story in which he is rewarded for returning some lost ladies to their dacha, and employing flashbacks to show Tevye’s memories of Khave in a script based on the story of her elopement with the Ukrainian, Fedya. When Sholem Aleichem failed to interest any filmmakers in his scripts, he turned to the theatre. He developed his play entirely around the Khave story.

Unlike in Fiddler, the tales of Tsaytl choosing Motl the tailor as a husband and of Hodl following Perchik to Siberia are nowhere to be found. Nor—in this case, just like the musical—did Sholem Aleichem include the stories of Shprintse, who drowns herself after her beau’s relatives nix their betrothal, or of Beylke, who marries the nouveau riche boor her father touted, and who endures a miserable life. On the other hand, Sholem Aleichem added characters and scenes to the play that don’t feature significantly—or sometimes at all—in his Tevye stories: Golde opens the play churning butter and complaining about the effort; Tsatyl’s children play with a cat; Fedya’s father and his friends discuss the upcoming marriage between Fedya and Khave; Tevye and Golde make havdole at the end of shabbes; the two of them sit shiva after Khave’s elopement.

The biggest alteration, perhaps, comes at the end, set some years after the earlier scenes. Golde and Motl have died and authorities have issued an edict expelling Jews – like those that followed the Beilis affair. As Tevye prepares to travel to Palestine, along with Tsaytl and her children, Khave, having heard about the eviction, suddenly returns, declaring that she’d always remained a Jew in her heart, fasting on Yom Kippur and visiting Golde’s grave on her yortsayt. What’s more, she pledges to return to her family and her people. Tevye ponders his conflicting duties as a pious man and loving father, opens his arms wide and, in the play’s closing lines, proclaims, “Come to me, Khavele. You are my child!” The curtain falls slowly. This is the plot development that required Sholem Aleichem to write a new short story so that the prose Tevye would mesh with the dramatic one; the result was “Lekh Lekho” (“Get Thee Out”).

Despite that tear-jerking finale, Sholem Aleichem hawked his Tevye as superior in every way to the shund that, in his estimation, befouled the Yiddish stage in America. Half a dozen years earlier, Sholem Aleichem had flopped colossally in the American Yiddish theatre, where he had hoped to strike it rich. Two of his plays opened on the same winter night in 1907, produced by and starring competing actor-managers—one by Boris Thomashefsky, and the other by Jacob Adler—and both were popular and critical disasters. After the double failure, Sholem Aleichem returned to Europe, broke and dejected.

Nonetheless, he asked his friend in America, Dovid Pinski, to serve as broker and pitch the Tevye play to Adler. “You won’t find astounding effects, burlesques, patriotic songs, dead children and the like in my play,” he wrote. “Rather, it has tragic and comic situations, songs, and breathtaking scenes. But most important is that from the first act to the final curtain, Tevye goes all out. The audience laughs and loves him more and more; if someone like Adler plays him, the role will become his crowning glory and make him public’s most-beloved favorite in his older years.” (Sholem Aleichem elaborated on these points in a fawning letter he wrote to Adler, but apparently never sent, addressing him as “great master of the stage.”)

Adler did not take up the offer in 1914—the theatre community had no faith in Sholem Aleichem as a playwright, his son-in-law reported (though later, Adler’s daughter Celia played Khave in Schwartz’s production, and his son Luther replaced Zero Mostel in Fiddler). Sholem Aleichem died in 1916 without seeing his Tevye realized in the flesh. But as immigrants in New York absorbed the devastation of their communities in Eastern Europe during the First World War, audiences were ready, after his death, to embrace their folkshrayber and his iconic dairyman. Tevye der milkhiker opened Schwartz’s 1919–1920 season at the Irving Place Theater and sold out for sixteen straight weeks.

Schwartz had won rights for the play from Sholem Aleichem’s widow, Olga Rabinowitz, on the condition that he allow Berkowitz, the son-in-law, to supervise the text, and Berkowitz interpreted “supervise” broadly, dramatizing interactions between Tevye and the priest that, in Sholem Aleichem’s script, Tevye had simply recounted in exposition. In one added scene, the priest dines at Tevye’s home and asks him what he’d do if one of his daughters married a Gentile. When Tevye answers that he’d rather she died, Khave faints. In a scene toward the end, he tells Tevye he could avoid the expulsion edict if only he converted to Russian Orthodox Christianity.

While some reviews of the production (anticipating some later critics of Fiddler) complained that the dramatic version of Tevye simplified the intricate literary strategies of Sholem Aleichem’s stories, they universally praised Schwartz’s acting, which represented a new realism that toned down the bombastic stage-stomping that had become common on Second Avenue (as well as in the English-language theater.) Over many years, Schwartz toured his Tevye to Boston, London, Paris, Vienna, and elsewhere. In 1929, he played in Los Angeles, where the LA Times critic extolled his “unstrained style which approaches suaveness itself” and his limber ability to glide “from stark tragedy to downright slapstick.” A decade further on, as Hitler and Stalin signed their infamous non-aggression pact, Schwartz was making a movie version of Tevye, filming in the potato fields of Long Island. Pumping up the antisemitism of Fedya’s friends, the movie adaptation made the story of Tevye’s perseverance and Khave’s return to her people a powerful touchstone of communal fears and steadfastness.

Berkowitz translated the play into Hebrew, and it entered the repertoire at Habima in 1943, enjoying periodic revivals even as evolving modern Hebrew outpaced Berkowitz’s stilted language. At Habima, the malign priest was played by Shmuel Rudensky. Half-a-dozen years later, also in Israel, he became the first Israeli actor to play Tevye in Fidler afn dakh—the first to wonder, “a fidler afn dakh, arop fun zinen, ha?”

Read more from the DYTP about Fidler afn dakh here, here, and here. 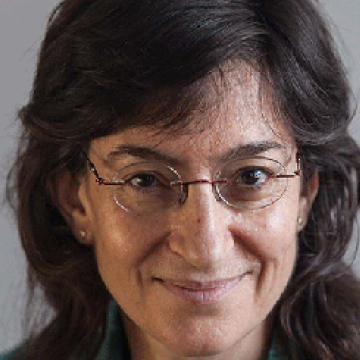 Alisa Solomon teaches at Columbia University’s Graduate School of Journalism, where she directs the Arts & Culture concentration in the MA program.