I first discovered Ola Lilith while researching for my band Mappamundi’s Cabaret Warsaw CD. You can find Lilith on Youtube, with her husband Władysław Godik, singing An eytsele. Ola Lilith was born Lolya Tsederboym in Warsaw in 1906, to a middle-class assimilated, Polish-speaking family. She acted in school and at the age of nineteen drew the attention of Kvi Pro Kvo Polish cabaret actor Boronski and subsequently appeared in Polish venues.

This is the earliest picture I have of Lilith and Godik. He was fourteen years her elder, with an established career as an actor; they met in 1925 and, at some point, married. According to Yiddish theatre composer Joseph Rumshinsky’s memoir, Godik convinced Lilith to join him in Azazel, a new Yiddish-language company in Kvi Pro Kvo style. She told Rumshinsky she’d known no Yiddish before meeting Godik so she must have worked hard to get up to speed in less than a year: Azazel opened in February 1926.

Kleynkunst, in departure from the operettas and turgid plays dominating Yiddish theatre at the time, comprised variety shows with many acts: theatre songs, folk songs, monologues, skits, etc. The founders of the new enterprise (Tea Arciszewska, Dovid Herman, Henryk Berlewi, Moshe Broderson, Henekh Kon, and the set designer Józef Sliwniak) decided they wanted no more of the tired, florid, old-fashioned shund stars, and so sought out fresh new faces. Other troupes like Di Yidishe Bande, Sambatiyon, and Ararat followed, but Azazel prided itself in being the first Yiddish cabaret company to break from tradition.

A business address last in use as a school for chauffeurs had to be made over into a modern cabaret. Vayntroyb succeeded in carving out a performance area, cloak room, buffet, and a second hall as well… The stage isn’t deep. A deep stage would have swallowed one or two rows of audience seats, and would have been unnecessary. Cabaret by nature is suited to a shallow stage. The manner of playing is: bas-relief.

An audience used to the worldly opulence of a Perskie Oko [a stylish Polish-language Warsaw cabaret] is listening enthusiastically as on the Azazel stage two Jewish rascals spit at each other, as the poor Jewish bagel maker complains. If you’ve been there, you don’t need to ask why. Azazel is really something else! Another world. Every little scene, every little song is thoroughly Jewish. Even the costumes.

The cabaret quickly became very popular among the intelligentsia. The programs were printed in both Yiddish and Polish.

In the first and subsequent programs Lilith sang the then-celebrated and now forgotten “Azazel-Shimmy.” by Moshe Broderson and Henech Kon. Kon was particular proud of its universal popularity, even among the goyim. As Bob Rothstein wrote: “Azazel’s theme song, the Azazel-Shimmy, was said to be so popular that people were whistling it on the streets of Warsaw.” No recording or paper version of the tune or words has turned up, though Michael Aylward found it in his discography, on Syrena: Azazel Schimmy with Henry Gold’s Orchester, Catalogue #5119 (flip side the Schimmy Kadisch). Any help finding this ditty would be appreciated!

Ola Lilith’s style, a bit grating and thoroughly avant-garde, fit the new enterprise well. Relatively inexperienced both on stage and as a Yiddish speaker, Lilith wasn’t mentioned in initial Azazel reviews, but in retrospect she was remembered as special. Her style was anti-sentimental (she sometimes performed almost robotically). The Yiddish literary scholar David Roskies writes of his mother’s memories of the rivalry between Ola Lilith and another Yiddish cabaret actress, Malvina Rappel.

Malvina somehow used to get the “juiciest” roles – The Dervish, The Clown, The Young Chasid, and most famous of all, The Woman of the Street. On account of the latter, Jewish Vilna nearly came to blows, since Olya Lilis… performed this song in a crude, Brechtian style, while Malvina sang it with melancholy elegance. Cabaret aficionados divided sharply into Olists and Malvinists.

Azazel did not last long - financial difficulties forced its members on the road, sometimes combining with members of other cabaret companies in a struggle for survival. Lilith and Godik left the company and toured Europe giving concerts. Ola is always described as the star, with Godik briefly mentioned in the last paragraph. In 1929 at the Scala theatre they were engaged as headliners of an Azazel reunion. In November of that year, after the crash, Literarishe bleter noted that they, among many other noted theatre personages, were out of work.

Luckily, an American impresario was about to change her life: Joseph Rumshinsky (having grown too lazy, after four days of retirement, even to read a newspaper) went to Warsaw and in 1931 brought Lilith and Godik back to America with him. Mordechai Yardeini saw her in Dos meydl fun varshe and marveled:

With her first performance she took the audience. One saw her talent, and what a talent! All agreed the Yiddish theatre in America had received a new star. Second Avenue and the “Cafe Royal” buzzed like a beehive … Even if she just sang that one song, “Warsaw”, she would have remained in the memories of Jewish theatre-goers and theatre lovers. … to be able to sing a song with so much nuance - a la Edith Piaf! - that’s what’s remembered from Ola Lilith’s song “Warsaw.” …there’s no doubt Ola Lilith personified the spirit of the song “Warsaw,” that no other actress could have painted the picture - I don’t just hear, I literally see before me every wrinkle, every expression that accompanied the song. It was a synthesis of song and acting of the first order; a rainbow of colors, mannerisms and manifestations, together with the voice, the hand gestures, in which lay an ocean of acting talent and charm.

This turned out to be Lilith’s high point. In 1932 she and Godik returned to Poland and toured together through Europe, performing in English and Polish as well as Yiddish. She appeared in the last vaudeville show at the Palace Theatre where Nick Lucas was the headliner.

In late February 1934 she and Godik appeared at a Warsaw theatre evening including top Polish and Yiddish stars. Sometime between that show and July 1935 she and Godik parted company and she sailed for America alone and applied for citizenship in December.

Back in the states she appeared in Khone Gotesfeld’s Plezhur, a farce comedy; she was also scheduled to appear in a musical version of Bronx Express (a show which bombed so badly at its opening in Warsaw that its author Dimov fled that very night under cover of darkness) with Menashe Skulnik and Pesach Burstein. Whether or not that production took place, in Burstein’s biography he describes the success of Fishel der Gerotener, which ran from Sukkot 1935 until after Passover 1936 and starred him, Lilith, Skulnik, Diana Goldberg and Irving Grossman. He notes that at the time Lilith was Alexander Olshanetsky’s girlfriend.

According to Yardeini, Lilith’s U.S. career was limited because she would not audition for the union:

This very individual talented actress spent all the years of her life in America outside of the Jewish Actors’ Union! She never became a member because of the famous “auditions” which were required of everyone who wanted to join. The “examiners” were a disgrace - and Ola Lilith said: “No! I won’t submit to the ‘Inquisition’!” … There’s no question about it, the “examiners” were brutal! Actors who failed the “auditions” simply laughed at it. Can you imagine a more ridiculous thing, than that the great artist Morris Schwarts failed the union auditions - can you believe it?

I think it’s also possible Lilith disappeared from view because she would not or could not adapt to the blowzy melodramatic shenanigans preferred by American Yiddish theatregoers.

At any rate, Yardeini reports that he and she each had a radio show on WEVD (he as the self-titled “Palestine Singer” with an unbuttoned pirate shirt). How sad that those shows were not recorded!

Lilith joined the U.S. army and afterwards married a younger man, a non-Jewish contractor named Benton (“an Atlas,” marveled Yardeini). They settled in Miami Springs, Florida, where he died young and she died without so much as an obituary in 1980. 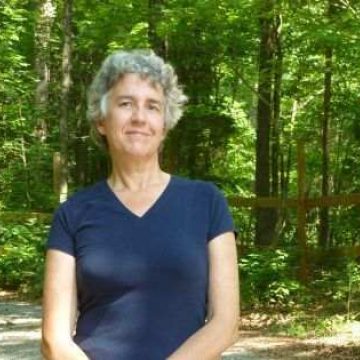 Jane Peppler is a musican, author, and translator.