How Two Nudniks Saved History from the Fire

The story of GOSET (The Moscow State Yiddish Theatre) begins in December 1920, when Aleksei Granovskii’s Yiddish Theatrical Studio moved from Petrograd to Moscow and there became the State Yiddish Chamber Theatre, later GOSET. The theatre’s story ends in December 1949, almost two years after the assassination of its star, Solomon Mikhoels. GOSET was closed by the Soviet authorities for “lack of audiences” and “lack of productivity,” and its archives were transferred to TsGALI (now RGALI, the Russian State Archives for Literature and Art).

In addition to this collection, there is the small but important archive held at the A. A. Bakhrushin State Theatrical Museum in Moscow, which was the gift, in the 1970s, of the families of two former GOSET actors. The Bakhrushin collection includes treasures such as The Builder, a 1919 play by Mikhoels that was long considered lost, and a letter from Marc Chagall to Aleksei Granovskii. Outside Russia is the Mikhoels collection at the Israel Goor Theatre Archives and Museum at the Hebrew University in Jerusalem. It is much smaller than the GOSET holdings at RGALI, and not as rich in variety and chronological scope, but the history of this collection is itself a separate and fascinating story of how Mikhoels’s daughters, Natalia and Nina, retrieved documents that were doomed to destruction in the USSR in the 1950s, and smuggled them to Israel in the 1970s.

These collections outlived Mikhoels, GOSET itself, and many attempts by the communist regime to erase all material traces and memory of the Soviet Yiddish theatre. It is not surprising that before these archives became accessible to scholars in the 1990s, the lore surrounding them included references to a mysterious “fire.” The details vary—in some versions of the legend, the fire is an accident, or a work of arson, or due to the secret burning of documents by the authorities. But it is more likely that this fire that threatens to erase Yiddish theatre history is a variation on the Yiddish literary trope noted by Dan Miron in his Image of the Shtetl. In many of Mendele’s stories, in Sholem Aleichem’s, and in the poetry of Chaim Nachman Bialik, the fire recalls the destructions of the Temple, the residual memory of catastrophe, and the fragility of the Jewish people and Jewish history. For us, it cannot but echo the Holocaust and the never-distant threat of destruction.

For a historian of Yiddish theatre, these archival collections have a real and almost mythic power. In my own case, they framed my work and life. I first went to the Bakhrushin Museum in 1992, as an undergraduate completing my practical archival work assignment. Later, I made my first and, perhaps, foremost, archival discovery—a manuscript of The Builder, a play written by Mikhoels and performed once in Petrograd in 1919, and long thought lost. I discovered it completely by accident, and was not looking for it. Perhaps it was looking for me.

In 1936, Mikhoels wrote about his mystical link to Shakespeare’s King Lear, remembering how impressed he was by Lear when he read the play in the seventh grade. “Since then I have been struck by that king,” he wrote. In a similar fashion, I have been struck, since 1992, by Mikhoels. My work and life are connected to his by a strong, invisible bond. In 2017, I was working on the Mikhoels collection at the Goor Archives, trying to figure out a concept for his biography. Drawing on autobiographical pieces from Mikhoels’s published and unpublished writings, the working title of my project was “Solomon Mikhoels: Unwritten Autobiography.” My method was productive, but I wasn’t happy with the title. I changed my mind about it when I found a draft of an unknown poem by Mikhoels from the 1930s-1940s, entitled “Unwritten Poem,” at the Goor Archives. To me, it was a sign that my own title, “Unwritten Autobiography,” had Mikhoels’s approval.

In 2018, my friend and colleague, GOSET historian Jeff Veidlinger, referred me to the Blavatnik Archive Foundation (BAF) in New York, who hired me to catalogue their Moscow State Yiddish Theatre (MSYT) collection. It was a completely new experience for me as a historian and archivist. I had no physical contact with the documents and photographs, since all the materials were digitized, and instead I worked from home with the high-quality scanned images. Prior to my engagement by the BAF, I was not familiar with the story—real or legendary—behind this collection. When I learned it, I was surprised by the absence of the fire trope.

According to GOSET star Veniamin Zuskin’s daughter, Alla Zuskina-Perelman, who personally knew many of the troupe members, Minkova and Zil’berblat were notorious “nudniks.” What made them “nudniks” was their obsession with order, minute details, and collecting. “Papa would write a short note to Zalmen [Zil’berblat] and Zalmen would keep it forever instead of throwing it away after reading it,” Alla said. Minkova and Zil’berblat saved and “kept forever” many other “insignificant things,” such as newspaper clippings, administrative correspondence, store receipts, and railroad tickets. The couple turned out to be natural archival collectors. Solomon Zil’berblat might have even seen his collecting as a mission for future historians of Yiddish theatre, for in addition to collecting, Zil’berblat helped Zalmen Zylberzweig with his Leksikon fun yidishn teater (Encyclopedia of the Yiddish Theatre) project in the 1930s. After Minkova and Zil’berblat passed away in the 1970s, their collection was preserved in private hands and later transferred to the BAF in its entirety.

The collection consists of 581 items, including 147 photographs, two drawings, and 432 documents and books in Russian, Yiddish, Ukrainian, Hebrew, German, and French. It contains documents from the 1900s to the 1970s; most are from GOSET’s golden years, the 1920s-1930s. The documentary part of the MSYT collection (432 items) includes the theatre group’s internal memos and letters, draft playbills, scripts annotated by actors, administrative correspondence, minutes of the local actors’ union meetings, various bills, press coverage (clippings from and full issues of newspapers and magazines) of performances, show posters. The graphic part of the MSYT collection consists of two drawings and 147 photographs. There are headshots of GOSET actors, portraits in makeup and costume on and offstage, pictures of the troupe members on tour and on vacation, photographs of set designs of GOSET performances by leading Soviet Jewish artists, and family photographs of Minkova and Zil’berblat. The collection is fully digitized, catalogued, and accessible online.

The MSYT collection materials form an important and unique mosaic that recreates a kaleidoscope of stories from the fascinating world of Soviet Yiddish theatre. One such story is of GOSET’s little-known German connection. The unique and extensive selection of press coverage of the 1928 GOSET tour in Europe—dozens of newspaper clippings meticulously collected and preserved by Zil’berblat—includes a review by none other than Walter Benjamin (like Zil’berblat, also a natural-born collector). Benjamin published a review in Die Literarische Welt of the GOSET performance of Goldfaden’s Di kishefmakherin (The Witch) in Berlin, as well as a long interview with Aleksei Granovskii, whom Benjamin apparently knew from his 1927 visit to Moscow.

Another piece of the mosaic concerns Mikhoels himself. My colleague Harriet Murav, working at the GOSET archives in Moscow, noticed copious lines on the reverse side of the director’s script of David Bergelson’s Mides-hadin (Judgment), an adaptation of his novel of the same title, rehearsed and staged by GOSET in 1933. Harriet shared an image of these lines with me. It was obviously Mikhoels’s handwriting in Russian, and the lines read “zhena, Zhenia, zhizn’” (wife, Zhenia, life) written over and over. Harriet asked if these lines made any sense. They did.

In 1931, Mikhoels fell in love with Evgeniia (Zhenia) Levitas, a GOSET actress who had joined the troupe in 1924. In her memoirs, Mikhoels’s daughter Natalia blamed Zhenia for stealing her father’s heart and destroying their family. Natalia also believed that it was their affair that ultimately caused the death of her mother, Mikhoels’s wife Sara Kantor Vovsi. Sara was in poor health, and died of kidney failure on August 4, 1932. A few months later, on December 29, 1932 a sudden stroke took the life of Zhenia Levitas. Mikhoels was broken. He spent three months, from January to March, 1933, at Zhenia’s apartment, in silence, motionless, immersed in thought. He was even seen jotting things on pieces of paper, which was very unusual for him as, he said, he “trusted only the live, spoken word.” In the summer of 1933, when he was able to resume his work, during rehearsals of Mides-hadin at GOSET, Mikhoels’s mind wandered as he wrote over and over on the reverse side of the script: “Zhena, Zhenia, zhizn’”—“wife, Zhenia, life.” Unlike other GOSET archives, the MSYT collection at BAF has a unique photograph of the two lovers—Mikhoels and Levitas—taken in 1931. These stories, as well as those yet to be written on the materials of the MSYT collection, will allow the many voices of the past to be heard again, and the many forgotten lives to be remembered. 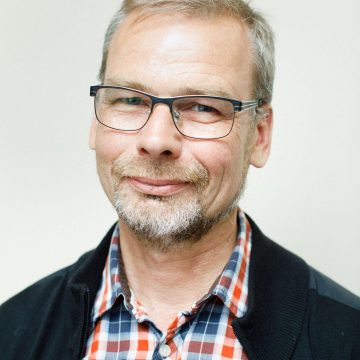