Yaschar Aronowicz, my father, participated in Yiddish theatre for three decades, in at least two European cities, Berlin and Paris. All I have managed to salvage thus far are a letter, a biographical entry, and some photographs of him on stage. My mother, Róża Aronowicz, née Sieradzka, told me stories about going to the theatre in Paris with my father, and of seeing him on stage, providing details I could not have gleaned from my father himself, since he died young. Propelled by my mother’s stories, I eventually decided to study this theatre formally, focusing on the plays of Haim Sloves, a Yiddish playwright based in Paris from the mid 1920s until his death in 1988. My father had acted in one of Sloves’s plays, Homens mapole (Haman’s Downfall), performed all over the Yiddish-speaking world in the years immediately following the war. Taken together, this evidence, although sparse, permits at least a glimpse into the kind of Yiddish theatre my father helped to create.

I begin with a letter, which I found in the mid-1990s, and which, to my mind, conveys the atmosphere I remember from my mother’s words better than any direct retelling. If the times had been normal, this letter, dated April 10, 1937, and addressed to Naye Prese, the Paris Yiddish Communist newspaper, would have been in her possession, along with the personal letters she told me my father had sent her from the front in Spain. But the times were not normal, and nothing from my parents’ life in 1930s Paris survived sudden deportation and hiding. I discovered the letter some sixty years after it was written, while leafing through a book about Jewish combatants in the Spanish Civil War. Since I already knew that my father had gone to fight as a volunteer on the Republican side in Spain, I was, at most, hoping to see his name on a list of participants in one of the international brigades. To see an actual letter, penned in his words, was an enormous and gratifying surprise.

I am struck by its many references to Yiddish theatre. 1 David Diamant, the author of the book, even introduces the letter by presenting my father as “Yaschar, the well known artist from the Paris Jewish Workers Theatre (P.I.A.T.).” 2 He goes on to identify the two comrades in arms my father mentions in the letter, Iso Shapiro and Oscar Fessler, as “artists who are very popular in Paris.” (Both were also actors and directors in PIAT, Parizer Yidisher Avantgarde Teater, more often transliterated as PYAT). My father mentions theatre from the first line. Having just received a copy of Naye Prese, it made him think of “Paris, of the theatres, and all of you.” He tells the readers a little bit later that what he and the other two members of PYAT were doing was very far from play-acting. He then goes on to describe what could easily be a scene on a Yiddish stage. In the midst of the horrific battle of Guadalajara, my father manages to capture three Italian soldiers. Since they do not speak a common language, they are forced to communicate through sign language, introducing an element of humor in the midst of what was clearly not a comedy. In my father’s retelling, the three heroes from the Yiddish theatre, the new men who fight with weapons in their hands, retain some of the characteristics of Sholem Aleichem’s hapless protagonists. My father admits to being afraid, not in the heat of battle, but when he captures the three Italians and does not immediately know what to do next.

The final reference to theatre occurs in another of Diamant’s footnotes, in which he tells us that my father later became one of the entertainers for the international brigades. Emmanuel Minc, the last captain of the Botwin Company, confirmed this when I asked him whether he remembered my father. Minc tried to describe in some detail, at almost seventy years’ remove, one of the skits my father performed for his Jewish comrades.

Evident in the letter and Diamant’s footnotes is the communal bond between the actors from the Yiddish theatre in Paris and their audience. Was this bond merely aspirational or was it real? Haim Sloves, the Yiddish playwright, and some other Yiddish-speaking intellectuals of the time thought of the synagogue as a dying form, seeing in the Yiddish stage the new platform for Jewish life. In their view, the performances, representing Jewish ideals and realities, and the common effort of maintaining a theatre, would unify and renew a modern Jewish people. From this perspective, volunteers in the international brigades such as my father were an extension of the ideals of Yiddish theatre. In their willingness to sacrifice their lives, they made real the new vision of the Jewish people, international in its commitment to justice, and yet grounded in its own community, one that Yiddish theatre both created and perpetuated. Of course, these were the ideals of the progressive left, and both PYAT, and Naye Prese were affiliated with the Communist cause, but in 1937, many Jewish immigrants who were not Communist sympathized with them. These were the years of the Popular Front, the years of the common stand against the rise of fascism. The easy camaraderie with which my father opens his letter suggests a genuine communal bond, even if inflected by a Communist’s desire to forge this bond in the first place.

I have often been struck, whenever I’ve had the good fortune of meeting participants in the Yiddish theatre of that period and of the immediate post war years, by the intensity of their commitment to it. In the early 2000s, in Los Angeles, I met Lilke Majzner, loyal to her Bundist commitments, even at that late date. She told me that the first thing she and her fellow Jews did after the Liberation was to set up a Yiddish theatre in Brussels, where they happened to find themselves. I asked her if she acted. No, she answered. It was simply crucial to start a Yiddish theatre. She did not explain any further, as though the reason was self-evident. Prior to that, in Paris, I met Fela Herman, already in her 90s, and quite ill. She had been the costume maker for the Yiddish theatre, and she remembered my father well, recalling his expansive nature, and his charm. I asked her what drew so many people to Yiddish theatre. “Vous savez, nous aimions le théâtre, “ she answered. I wish I could convey how she pronounced that word, aimions, loved. We loved the theatre.

In that love of theatre lies buried an ill-defined but very strong longing. My mother would often tell me how, in the 1930s, my father would buy the most expensive seats for a given theatre performance, and then, having run out of money, could not afford the metro home. They would have to walk back in the Paris streets, penniless. Of course, my mother wanted to convey how much of a luftmentsh my father was, how incapable of anything practical, a quality for which she did not have an unadulterated admiration. But as a child, I pieced this together with other details she would provide—how well he sang, how well he danced, how wonderful his Yiddish pronunciation was, a Vilna Yiddish, not the common Polish one that she herself spoke. It created an image of transcending the ordinary, of something festive and carefree, and yet cultured, an image I associated with both my father and with the Yiddish theatre in which he participated. I understand that PYAT often put on some very earnest plays about the plight of the workers, not all of them artistically successful. One of the photographs I have of my father on stage may very well have been one of them. Dressed in rough clothes and sporting a beret, he seems ready to do some heavy lifting, all the while declaiming to a maiden. But the ideological heavy-handedness of some of these plays never reached me. I have always understood that to be an artist—the word Diamant used to describe Yaschar, Shapiro and Fessler—is to participate in something enlivening and beautiful. My mother, despite the long walks in the Paris night, or maybe because of them, conveyed to me the high calling of being a luftmentsh, the joy of being lifted off the ground, and going beyond the dreary necessities of life—to heights that only art could convey.

The romance with art in general, and in this case with theatre, often entailed serious training. My mother told me that my father had studied professionally in Berlin in the 1920s. This is corroborated by my father’s biographical entry in Ephraim Wuzek’s The Memories of a Botvinist, 3 which mentions that my father studied in theatre circles under the influence of Erwin Piscator. Oscar Fessler, my father’s fellow combatant in Spain, confirmed that they had both studied with Bertolt Brecht and with Alexander (Aleksei) Granovsky, after the latter, then director of the Moscow State Yiddish theatre, came from the Soviet Union to Berlin in 1928. This training included a study of movement, of music, of European culture and languages. Even if PYAT and its postwar successor, YKUT (Yidisher Kunst Teater/Yiddish Art Theatre), were technically amateur theatres, they had professionally-trained people like my father, Shapiro, and Fessler in it. (Fessler ended up founding the theatre department at the University in Buenos Aires in the early 1960s. The first play he directed was Homens mapole, in Spanish translation, a play he had originally directed for YKUT in 1946 and 1947.) That professional training ensured a visual sophistication as well. The photographs of my father in Sloves’s Homens mapole are marvels of shadow, light, and balance, reproducing the director Oscar Fessler’s vision, which drew on commedia dell’arte techniques and Expressionist forms he had learned in Berlin in the 1920s.

I would like to conclude with some remarks about my father’s name. His stage name was Yaschar, a Hebrew word meaning straight or upright, but which seemed also to have been what everyone from a certain time and place called him. In one of the applications he filled out for a passport in 1954, it is the first name he puts down. On his birth certificate he is Yaakov, but since he came from a Russian-speaking home, everyone also called him by the Russian diminutive, Yascha. It is only in Poland, to which my parents moved in 1949, that my father’s name first appears as Jakub. On his gravestone, my mother had engraved in Hebrew the name Yaakov, and then in the Roman alphabet, his Russian diminutive, Yascha. She did not include Yaschar, perhaps because there was no room, perhaps because by 1960, when he died, he had not been on stage for at least a decade, or perhaps because it seemed to her that two names were enough. If I could, I would reinstate that name on his gravestone now. It belongs with the others, all of them testifying to my father’s identity–Jewish: Eastern European and Parisian, international and local-concerned with justice and also with beauty. It was also the identity to which a Yiddish theatre like PYAT aspired. It is a Jewish identity worth remembering and worth reinventing for our times. 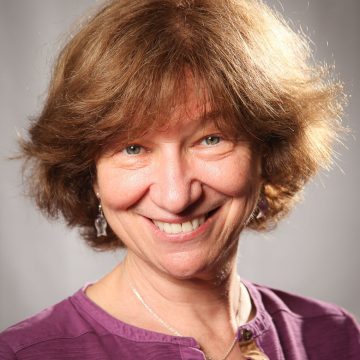