“There are no small parts, only small actors,” my dad would tell me as I prepared for a part in the chorus of a school production, or in the background for the community Yiddish theatre company in Melbourne. It was Constantin Stanislavsky's advice, which he gave the thousands of students and actors that he mentored in 360 plays over three and a half decades as a director.


In his eyes, theatre had democratizing potential. Anyone could not only participate in theatre, but could excel in it, could find their own unique talents and express themselves. Everyone could act, he believed. They just needed the right coaching and the confidence to move outside of their comfort zone. For those who didn’t want to act, there was always a role for them in the company behind the scenes. He didn’t care about what kind of training or experience people had – they could learn on the job, as long as they were willing to be part of a team.

For my father, theatre was not for the elite, but for the masses. It should be available, accessible, and transformative. As a drama teacher, he would take jocks and turn them into performers. As a stalwart of the communal endeavor that is Yiddish theatre in Melbourne, he took doctors, lawyers, teachers, students, and white-collar professionals and unlocked their potential.

Charles “Sluggo” Slucki died on December 29, 2015 in Los Angeles. In the last few years he has been recognized as one of the legends of drama education in Victoria, Australia. Those who worked with him — as budding actors, writers, theatre technicians — always knew this. As an innovator, a nurturer, and a mentor, he helped shape the lives of countless students. In a place where Yiddish culture might not have endured as long as it has, his dynamism and generosity of spirit helped foster an active local Yiddish theatre scene for decades.

That theatre could serve as a vehicle through which to live and to promote his values, was something he learned growing up in Yiddish theatre circles in Melbourne. There, he was surrounded by actors, writers, and directors with deep political commitments – to the Bund, to communism, or to Zionism. His family’s cottage in North Carlton was a revolving door of immigrants, socialists, and workers, and was a hotbed of political debate and discussion. His commitment to the Bund, with its emphasis on equality, cultural elevation, and democratization, could not but shape the approach he developed to theatre.

Although there have always been trained professional actors on its stage, the Melbourne Yiddish theatre was, at its heart, a community endeavor. Because of this, Sluggo knew that preserving and fostering Yiddish culture couldn’t happen in a top-down way, but needed to be championed at a grassroots level. Theatre was the natural vehicle for this. Producing a successful community theatre required commitment from its participants, and the late nights and long days in rehearsals fostered a sense of camaraderie among those involved. It also demanded everyone pitch in – no one was too good, too important, or too precious to help clear the stage or paint the set. Not only did theatre require large numbers of people to produce, but it could attract large audiences. Its only hope of survival in a place like Melbourne was to bring as many people into the theatrical process as possible.

That Yiddish theatre should be this way was something Sluggo learned from his very introduction to the craft. As children, he and his friends were recruited to play bit parts in whatever production the Dovid Herman theatre circle was performing. The director would put beards on these eight-year-old children and put them in the background of a scene. They were children of Holocaust survivors, immigrants, with nowhere to go after school while their parents worked late into the night, mostly in factories. The theatre circles that revolved around the Kadimah became their babysitters, their afterschool care, and also their education in the arts and its potential to foster community and self-exploration. The theatre was a safe space for these children, teenagers, and young adults to learn life lessons. Theatre helped them grow up quickly, and imbued them with an egalitarian sensibility.

In Melbourne’s Yiddish theatre scene, Sluggo grew up performing alongside luminaries Jacob Waislitz and Rokhl Holzer, actors from Europe who were touring in Australia when the Nazis invaded Poland on September 1, 1939. From these artists he learned the craft of the theatre – not only acting, but how to sweep the stage, how to apply theatre makeup, and how to prepare to perform.

The big transformation for my dad – when he realized that he wanted to make his living in theatre education – came from his experience of Yiddish theatre in Jewish summer camps. In his early twenties, working at Camp Hemshekh, the Bundist summer camp in New York, Sluggo saw that Yiddish theatre had a positive impact on how campers absorbed a sense of yidishkayt, and that it gave them the confidence to better interact with the world around them. It was this experience – that there was magic in theatre, and that theatre showed young people a sense of what was possible – that convinced Sluggo that he wanted to be a theatre professional.

Theatre was a space in which he could enact his values; where he could demonstrate his socialist commitment through his artistic choices, in the way he ran his companies, and in the values that became imbued in all who participated. Theatre was where Sluggo fostered his dedication to a contemporary Yiddish culture that resonated across generations, making Yiddish accessible to young people. It was a place he could experiment artistically, but also stay true to di goldene keyt — the golden chain — of Yiddish theatre that connected him to the Vilna Troupe, to Ester-Rokhl Kaminska, to S. An-ski. He believed Yiddish theatre should be communal, locally-grounded, and relevant. Under Sluggo’s directorship, the Melbourne Yiddish Youth Theatre, later the Melbourne Yiddish Theatre, staged a whole gamut of plays and musicals. He directed classics, such as Itzik Manger’s Di megile; translations and adaptations of well-known plays like The Diary of Anne Frank and The Sunshine Boys; and original works by local writers about immigration and early Jewish settlement in Australia. Perhaps the biggest feather in his cap as Yiddish theatre director was staging the concert, Nign, featuring Theodore Bikel.


In 2016, Sluggo was going to rekindle his work in the Yiddish theatre at the Kadimah, working with old friend and collaborator Arnold Zable to write a new play about Sholem Aleichem commemorating the writer’s hundredth yortsayt. It was not to be. Days after a planning meeting for this production with the New York-based actor Shane Baker, the curtain finally closed on Sluggo’s life. He didn’t make his last curtain call.

But then, his productions always ended with a full company bow – there were no individual honors. For him, everyone was equally important to the success of a production. This was a non-negotiable. And he would always rather bask in the reflected glow of the actors on the stage, whom he had led, guided, and taught. They are his legacy: the thousands he mentored, carrying on the best of what he absorbed as a boy on the modest stage of Melbourne’s Yiddish theatre.

Acknowledgement: My thanks to Debra Caplan for sharing her interview notes with me, and thanks also to Arnold Zable for sharing his stories. Thanks also to Nick Underwood for encouraging me to write this piece, and to Barbara Henry for her helpful feedback. 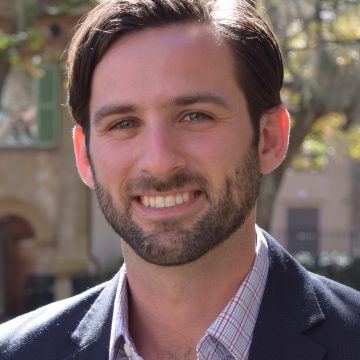 David Slucki is Assistant Professor of Jewish Studies at the College of Charleston.