In 2005, a room full of forgotten archival materials from the Jewish community of Helsinki was discovered in the cellar of a house in the center of the Finnish capital. I was then working as an archivist for the Jewish community of Helsinki at the National Archives of Finland, and was commissioned to do an inventory of the material. Among the dusty heaps of thousands of documents sat a tall pile of Yiddish theatre manuscripts from first half of the 20th century. As I had previously done some research about Yiddish theatre activity in Helsinki, and knew that nearly all manuscripts were thought to have been lost, I immediately understood the value of the find.

Helsinki has a small Jewish community, which has never much exceeded one and a half thousand people. In the 1920s and 30s, a diverse Jewish cultural life could be found in the community, with various societies aimed at self-education and entertainment. This included the Idishe dramatishe gezelshaft (Jewish Dramatic Society), established in 1923 by a local Yiddish enthusiast, Jac Weinstein. One of the aims of the society was to raise awareness of Yiddish theatre among the young, who were becoming estranged from the Yiddish language and culture.

Jac Weinstein was born in Helsinki in 1883 into a family of a former soldier of the Russian army (Finland was then an autonomous Grand Duchy of Russia). He attended a local kheyder (Jewish elementary school) and a shkole, a school fashioned after state-run Jewish schools in Russia. After this, he went to a Swedish-language gymnasium, and studied law at the Imperial Alexander University in Helsinki. Weinstein could enjoy theatre and variety entertainment both from the east and west, as Helsinki had a multilingual theatre scene with Swedish, Finnish, and Russian theatres. During the First World War, Weinstein fled conscription into the tsarist army to Copenhagen and Stockholm, both of which had an abundance of theatrical venues, including western-European-style cabaret, which became a favorite form of Weinstein himself. Soon after Finland became independent in 1917, he returned to Helsinki.

The manuscripts that I found in the cellar in 2005 include Yiddish theatre classics Latinized in the local “Lithuanian” Yiddish variety, with a tint of Baltic Yiddish influence with its characteristic öy diphthongs. More interestingly, though, the material includes plays, musical comedies, operettas, and cabaret shows that Weinstein himself had written for the Jewish Dramatic Society. The plays and especially the cabaret reveal a lot about the challenges the community was facing: on the one hand, growing secularization and integration into the Finnish society; and on the other, rising antisemitism. The couplets and skits also bring up various long-forgotten incidents and scandals in the life of the Jewish community. Especially interesting is a New Year’s cabaret from 1930, which is fashioned after similar shows in the Weimar Republic. This cabaret, or revue as Weinstein himself calls it, is an evening-length show in three parts consisting of couplets, skits, and one-act plays. The collection also includes couplets and skits that were performed in smaller kleynkunst shows that were known locally as soirées. Musically the shows drew from Jewish and Russian popular and folk tunes, Swedish revue songs, American popular music, and tango, which was immensely popular in Finland.

The history of Jews in Finland during the Second World War is quite different from what we find in other countries allied with Nazi Germany. No anti-Jewish laws were established, and the indigenous Jewish population was not touched. On the contrary, as Finnish citizens, Jews took part in the Finnish war efforts against the Soviet Union, which also meant that between 1941 and1944, when Finland was de facto allied with Nazi Germany, Jews became brothers-in-arms with German soldiers. Life for Finnish Jews continued much like the life of their non-Jewish compatriots, and the harsh wartime conditions created a need for entertainment. A portion of the manuscripts found in 2005 date to this period and depict the everyday lives and problems of a country and people at war.

During the war, Weinstein also wrote poems–some in Swedish–revealing how information about the ongoing annihilation of European Jewry trickled in to Finland despite wartime censorship. Weinstein read Swedish newspapers available in Finland that published short news items about the persecution and genocide of Jews in German-occupied and allied countries; the Finnish press remained mostly silent. The poems were most likely performed as part of kleynkunst shows as they are neatly typed and appear among couplets and skits. No programs are available from the period of the war, however.

After the war, Weinstein started to draft a tableau that would include his reactions to the Shoah and contemplations over the two-thousand-year suffering of the Jewish people. The tableau, which is also a kind of oratorio with several pieces of Jewish liturgical music, bears a rather Brechtian name, Muter Rokhl un ire kinder (Mother Rachel and Her Children). According to the drafts, the work was written in 1948 and would thus be a fascinating piece of early Shoah commemoration. However, it is not known whether Weinstein’s Mother Rachel was ever performed in Finland or elsewhere. There are some indications that Weinstein intended the piece to be performed abroad.

Weinstein’s cabaret and his Mother Rachel are part of my postdoctoral research in a project called “Performing the Jewish Archive.” The project, funded by a large grant from the Arts and Humanities Research Council in the UK, includes twelve international researchers. “Performing the Jewish Archive” focuses on newly discovered manuscripts of Jewish theatre and music from the Shoah and its immediate aftermath. At the heart of the project are five festivals called “Out of the Shadows” in the US, the Czech Republic, Australia, South Africa, and the UK, where these discovered texts—many thought to have been lost for good—are being performed. The next “Out of the Shadows” festival will take place on 1-5 May 2016 in Madison, Wisconsin. One of its aims is to revive and stage Weinstein’s wartime cabaret and his oratorio Mother Rachel, with the help and expertise of local colleagues. 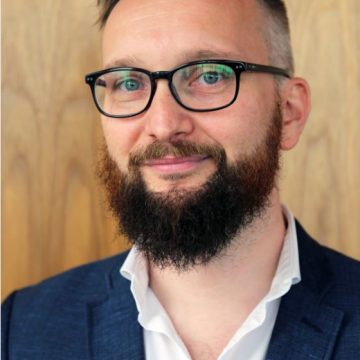 Simo Muir is a Post-Doctoral Research Fellow in the AHRC funded project ‘Performing the Jewish Archive’. Muir’s research focuses on Jewish cantors and liturgical tradition in Finland based on archival