Montreal prides itself on being the city of festivals. It is home to the world’s largest, if not the most prestigious, jazz festival, and the largest, and maybe the most prestigious, comedy festival. From the time the snow melts in the spring until it starts falling again six months later, nary a week goes by without a festival in this city. This phenomenon may have encouraged the development of a remarkable event in the summer of 2009: the first International Yiddish Theatre Festival, produced by the Segal Centre for Performing Arts, to celebrate the 50th anniversary of the Dora Wasserman Yiddish Theatre.


I was there at its birth, and co-wrote and produced a film that documented it: Mending The Torn Curtain. Let me tell you the story.

View a clip from the documentary Mending the Torn Curtain.

In the fall of 2008, I was Marketing Director at the Segal Centre for Performing Arts. As such, I was privy to conversations about how to celebrate the 50th anniversary of the Dora Wasserman Yiddish Theatre, the resident company of the Segal Centre and one of the few remaining Yiddish theatres in the world today. “How do you mark such a historic occasion?” people were asking. Ideas were tossed around, but this being Montreal, a festival made the most sense. People started buzzing: “Let’s invite all the Yiddish theatres to Montreal for a week, it’s never been done…”; “…it would be great if the leading academics in the field could conduct a simultaneous symposium, also never done”; “what if we had a reunion for all members of the Dora Wasserman Yiddish Theatre from the last fifty years to honor Dora? We’ve never done that!” Something special was about to take place and although it wasn’t in my job description per se, I had a responsibility to make sure that it was documented.

These discussions were taking place in the late fall of 2008; the Festival itself took place the following summer. As Bryna Wasserman, then the Executive and Artistic Director of the Segal Centre put it, “If you can have a baby in nine months, you can create this festival in nine months.” I honestly don’t think it could have been pulled off were it not for the passion and devotion that brought this baby to life. Its source? Dora.

By the time World War II ended, with the almost complete annihilation of east European Jewry, few believed there was a future for Yiddish. Nevertheless, among the survivors were those committed to rebuilding the Yiddish world, its language, literature, and culture. Dora Wasserman, who survived the war in Siberia, immigrated to Canada in 1950 with her husband Shura and two young daughters, Ella and Bryna. Her goal was to “mend the torn curtain” of her beloved Yiddish theatre. Dora had been a student of Solomon Mikhoels, the legendary actor and director of the Moscow State Yiddish Theatre (GOSET). GOSET provided her with material and inspiration to achieve her remarkable goal in Canada. Through force of will, she created a vibrant Yiddish theatre in Montreal with children, teenagers, and young adults, imbuing them with a love of and commitment to Yiddish language and culture through Yiddish theatre.

Dora overcame all obstacles. Her personality was infectious and mesmerizing, allowing her to develop extraordinary friendships and working relationships. Her friendship with one of Canada’s iconic French-language actors and directors, Gratien Gélinas, enabled her to have the best technical support for her productions, while introducing her young actors to the world of French Canadian Theatre. Im tirzu (if you will it), someone once said. And so it became. More than sixty years later, The Dora Wasserman Yiddish Theatre repertoire boasts nearly one hundred productions and tours in forty-eight cities across North America, Europe, the former Soviet Union, and Israel. By the end of her remarkable career, Dora was honored for her life’s work, receiving the Order of Canada and the Order of Quebec — the highest civilian honors awarded in Canada and the Province of Quebec — and a Lifetime Achievement award from her peers in the Quebec theatre community. When you consider the history of twentieth century Jewry, what Dora accomplished is nothing short of a miracle. But now back to our story…

So, Bryna wanted to create the first ever International Yiddish Theatre Festival to honor her mother. Bryna is a woman of great talent, big dreams, and single-minded purpose. She has a remarkable sense of the moment and has an urgent need to ensure the continuity of modern Yiddish theatre and culture. Her understanding of the dramatic is second to none and, like her mother, she sees only solutions. When convinced of the merit of an idea, nothing is impossible. “If you can have a baby in nine months…” you can also have a festival in which every extant Yiddish theatre company in the world gathers and performs on the same stage.


The next nine months were a whirlwind, as the call went out to the Yiddish theatres of the world to gather the following summer in Montreal. I made sure that there were cameras at every turn, from the first invitations sent to the opening night gala, when every known Yiddish theatre company stood together on one stage: The Dora Wasserman Yiddish Theatre (Canada); The National Yiddish Theatre-Folksbiene (United States); The Esther Rokhl and Ida Kaminska National Jewish Theatre of Warsaw (Poland); The State Jewish Theatre of Bucharest (Romania); Yiddishpiel (Israel) Lufteater/Théâtre en l’Air (France); Kadima (Australia); and The New Yiddish Rep (United States).


While this historic moment alone would have been dayenu — especially given the endless eulogy for Yiddish over the last seventy-five years – the Festival that followed was 24-7 yidishkayt. It included an academic symposium and nightly “klezkabarets” featuring today’s leading lights of Yiddish music. It featured “Zummerfest,” an outdoor celebration of Yiddish culture in the multicultural community that surrounds the venue. There was a film series, and exhibitions on Yiddish theatre; and, of course, the fiftieth-anniversary reunion of the Dora Wasserman Yiddish Theatre.

There was such an outpouring of emotion from all corners that it is difficult to put it into words. One moment that sticks with me was when a woman from Los Angeles stood up spontaneously at one of the events and, with tears in her eyes, spoke of how as a lifelong Yiddishist, struggling to keep Yiddish culture alive “in the desert” that is her home in California, she felt that she was spending a week in gan eydn. True story.

My mother, Anna Fishman Gonshor, chaired the academic symposium and put it this way:

You read the Festival brochure in its entirety, view the myriad of videos and photographs, the very long list of articles and reviews from the international media and that might perhaps begin to help one understand what those eight days were all about. Was it merely an emotional outpouring by thousands of people, many coming from as far away as Uruguay, Australia, Israel, the United States and Europe? No. It was a first class event devoted to Yiddish theatre and the culture that gave birth to and continues to sustain it. It was recognition of its achievement within the theatre world in general and of its importance in shaping the modern Jewish experience. The week paid tribute to the great talent and vision of Dora Wasserman, and her daughter Bryna, who has brought it to another level. It was also a tribute to Jewish Montreal, where Yiddish language and culture thrived, and which continues to be one of the most vibrant Jewish communities in the Diaspora. Most importantly, it was a very public affirmation of the desire for cultural continuity and creativity as expressed through the Yiddish theatre. How can one not use the words miraculous, awesome and historic!

My team of videographers and photographers captured almost every moment of that dramatic week, and we were able to share it with the world on the internet. That too would have been dayenu. But a beautiful thing happened after the curtain came down, the lights went dark, and everyone returned to life as it was before. The Festival refused to end, and called for its story to be told and preserved. Credit for this goes to the co-writer and director of Mending the Torn Curtain, Raphael Levy. Raphael was the lead videographer of the Festival, and he came to me after looking at more than a hundred hours of footage and said “there’s an important story here, let’s tell it.”

Mending the Torn Curtain – a title created by Edit Kuper, a stalwart of the Dora Wasserman Yiddish Theatre and one of the key members of the team that put the Festival together – not only pays tribute to Dora’s remarkable dream, but captures a vital moment in the history of modern Yiddish life, and Yiddish theatre in particular. Today the film is in homes and leading academic libraries across the globe, where the story of the creation of the first ever International Festival of Yiddish Theatre will continue to be told for years to come. 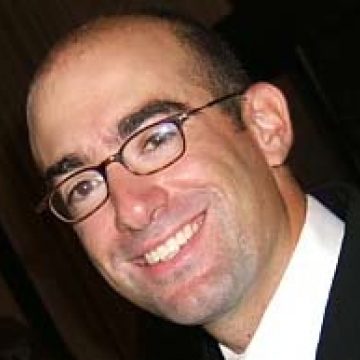 Ben Gonshor is the co-writer and producer of Mending the Torn Curtain.