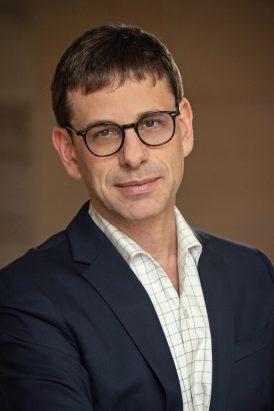 Jeffrey Veidlinger is Joseph Brodsky Collegiate Professor of History and Judaic Studies and Director of the Frankel Center for Judaic Studies at the University of Michigan. He is the author of In the Midst of Civilized Europe: The Pogroms of 1918-1921 and the Onset of the Holocaust and the award-winning books The Moscow State Yiddish Theater: Jewish Culture on the Soviet Stage (2000), Jewish Public Culture in the Late Russian Empire (2009), and In the Shadow of the Shtetl: Small-Town Jewish Life in Soviet Ukraine (2013). He is the editor of Going to the People: Jews and Ethnographic Impulse (2016). Professor Veidlinger is a former Vice-President of the Association for Jewish Studies, Associate Chair of the Academic Advisory Council of the Center for Jewish History, and a member of the Academic Committee of the United States Holocaust Memorial Museum. He is currently working on a book about the pogroms of the Russian Civil War.